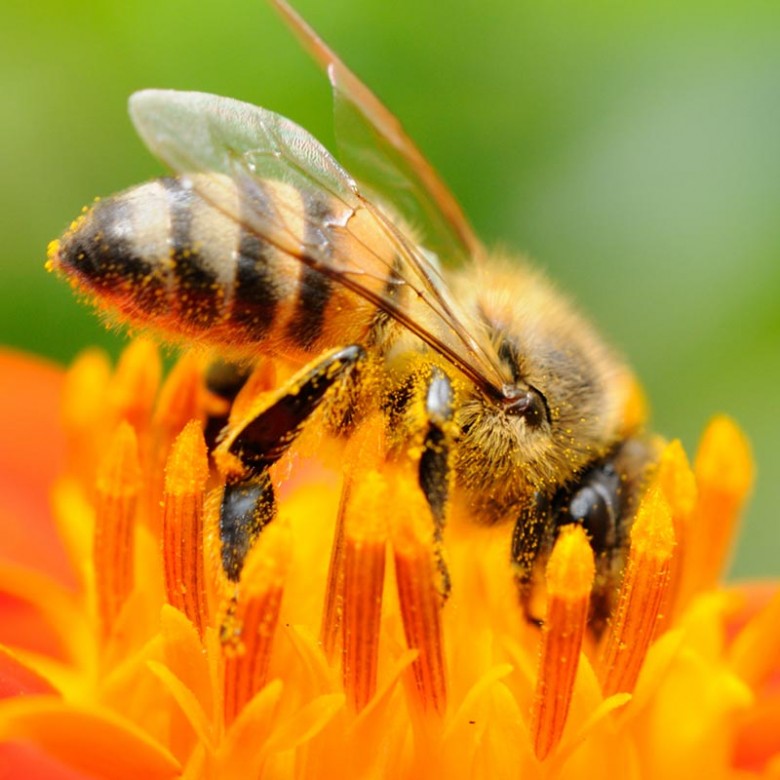 June 5, 2015
Comments Off on Social evolution. Genomic signatures of evolutionary transitions from solitary to group living.

Bees and other insects have evolved eusociality, a social organization characterized by cooperative brood care, multi-generational colonies, and division of labor between reproductive and non-reproductive adults.  This study examines the underlying genetic changes associated with the evolution of eusocial behavior in bees.

The evolution of eusociality is one of the major transitions in evolution, but the underlying genomic changes are unknown. We compared the genomes of 10 bee species that vary in social complexity, representing multiple independent transitions in social evolution, and report three major findings. First, many important genes show evidence of neutral evolution as a consequence of relaxed selection with increasing social complexity. Second, there is no single road map to eusociality; independent evolutionary transitions in sociality have independent genetic underpinnings. Third, though clearly independent in detail, these transitions do have similar general features, including an increase in constrained protein evolution accompanied by increases in the potential for gene regulation and decreases in diversity and abundance of transposable elements. Eusociality may arise through different mechanisms each time, but would likely always involve an increase in the complexity of gene networks.